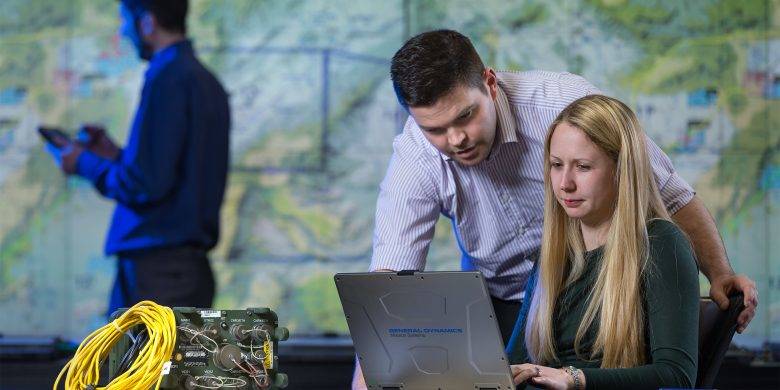 Oakdale, South Wales — General Dynamics United Kingdom Limited has been awarded a £330 million contract from the UK Ministry of Defence to design and develop the next-generation tactical communication and information system as the initial phase of the MORPHEUS programme.  The system will be used to plan, deploy, manage and monitor communications and information for the Army.  It will allow users to integrate new radios, applications and other system components faster and with greater ease.

General Dynamics will implement a new architectural approach, known as Evolve to Open (EvO), which will evolve the Bowman tactical communication (BCIP 5.6) capability into an open, modular system. The system will connect deployed tactical forces to their commanders, give improved access to powerful operational IT and simplify the user experience. The open system approach allows new technologies to be rapidly integrated to tackle emerging threats and enhance interoperability with allies.

“This £330 million contact for the next generation of battlefield communications, supporting 250 high skilled jobs, underlines the importance of Wales to our Armed Forces.  Backed by a rising defence budget, last year MOD spent £870 million with Welsh businesses helping to build a stronger economy and keep Britain safe.”

Brigadier Richard Spencer, Head of the MoD's Battlefield and Tactical Communications and Information System Delivery Team said: “The Transition Partner contract is just the first of many procurement projects to deliver the MORPHEUS Evolve to Open baseline over the next few years.  This first contract opens the door for numerous industry opportunities to contribute to the next generation of battlefield communications.”

Chief Operating Officer of General Dynamics UK, Steve Rowbotham, commented: “Having delivered and supported the Bowman tactical communication and information system for the past 15 years from our site in South Wales, this contract marks the next chapter in our history. We are delighted that we will continue to develop and grow our existing employee skills base, whilst providing the UK Armed Forces with a leading edge battlefield communication system.”

The contract creates 125 new jobs as well as sustaining the jobs of 125 highly-skilled engineers at General Dynamics UK's headquarters in Oakdale, South Wales. The EvO contract is the first to be awarded for the MORPHEUS programme, which will give UK Armed Forces across all three services modernised command and control networks using the latest technology.

General Dynamics UK opened its first facility in South Wales in 2001, after winning the contract to deliver the Bowman tactical communications system programme.  Since then, the business has continued to expand and invest in the area, and now has three facilities in Oakdale and Merthyr Tydfil, which is home to the newly-opened Armoured Fighting Vehicle Assembly, Integration and Testing facility.