June 23 marks International Women in Engineering Day - an opportunity to highlight the contributions women make to the field of engineering and explore the exciting career opportunities that engineering has to offer. We are proud to employ talented female engineers in Calgary, Ottawa and Halifax. Meet Calgary Engineer, Gisèle Lizée. 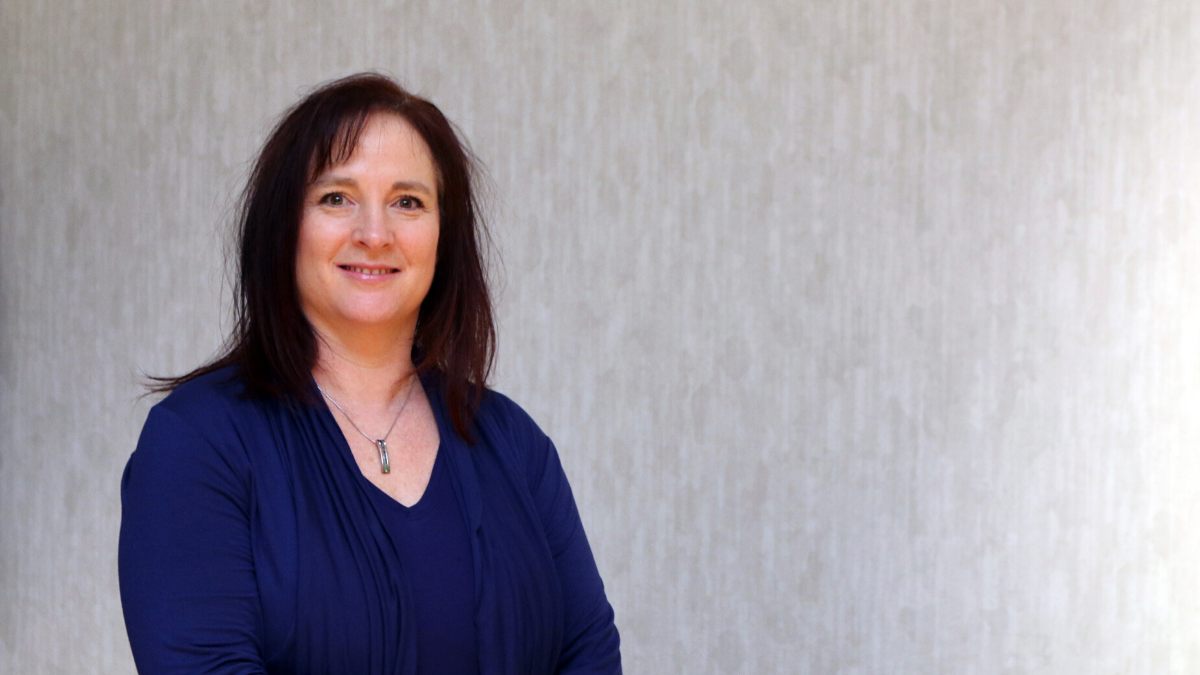 Gisèle is an accomplished electrical engineer with over twenty years of experience. She is currently working as a firmware development lead at General Dynamics Mission Systems–Canada. Though her life may generally be more balanced these days, with her children being older and her Masters degree completed, her job has never lost its sense of intrigue.

It took a lot of time and perseverance to get where she is now, but Gisèle has never looked back. She started to weigh her choices for the future in high school. Her educational interests lay in math and science, so she originally considered a career in political science or physics. The concept of a job in engineering never crossed her mind, at least not until her mom – a teacher – brought it to her attention.

Once she learned that it would highlight her interests, and it was a shorter program (in comparison to astrophysics), she was convinced that engineering was the right choice. At the time, Gisèle had already started a General Science program with the local university in Lethbridge, with the intent to keep an open mind and explore possibilities to narrow her major.

Once Gisèle did her due diligence in researching the opportunities engineering held for her, she made the leap to transfer both her program and her school. Intrigued by wireless communications, she moved to the University of Alberta to complete her undergraduate degree in electrical engineering. The degree took five years to complete and during her time there, she completed 16 months of work experience.

These co-op placements provided Gisèle with invaluable experience enabling a solid understanding of the various disciplines and creating a professional network of contacts. During her working months, she worked in power engineering, control systems, and wireless communications. Most of her time was spent at the same oil and gas company, where she was offered a full-time job before she had even finished her degree.

In 1994, Gisèle was one of a small group of women, out of a class of 80 students, to graduate from the electrical engineering program at her university. From there, she started the job she had been offered prior to graduation. She quickly realised that the oil and gas industry was much different once you become a full-fledged employee.

Realizing her passion was geared towards newer technology, she decided to make a change in her career by switching to the high tech sector. High tech was booming in Calgary at the time and she leveraged her network of contacts to find her next role.

After four years, Gisèle reached a pivotal point in her career – the line of business she was with was shut down. Instead of taking the safer route, staying with the company and transferring to Ottawa, Gisèle followed her interest in emerging technologies and joined a start-up company.

In 2001 when the high tech bubble burst, she again leveraged her professional network and landed with General Dynamics Mission Systems–Canada where she was happy to have balance between interesting work and the stability of a large, established company. Gisèle began working on the Bowman program - learning to program in ADA -   and it was only a short time before her background in signal processing became an asset and the company offered her an opportunity to switch roles.

When Gisèle joined General Dynamics, she was simultaneously completing her Master’s degree on a part-time basis at the University of Calgary, studying signal processing and communication systems. She had taken it on in order to expand her knowledge base, as she felt she needed to grow her talents beyond what she achieved in her undergrad. The things she learned in her Master’s program are still useful in her current position.

“It was a bit crazy. I spent my days working, then I would go home and work on my Master’s. It took me five years. By the last couple of semesters, I was quite sore from sitting so long. But, it was interesting.”

After she finished her studies, Gisèle needed to do something different to balance her mind and keep her grounded while she progressed her career at General Dynamics. Her solution: becoming a yoga instructor. Through her yoga practice and having a family, Gisèle has been able to create a very healthy work-life balance.

After her first parental leave, Gisèle had the opportunity to focus on multiple projects with communication protocol stacks based technology. Then two years later, returning from her second parental leave, she began working on a small radio program that was just starting up.

Gisèle has been with that program since 2010 in increasingly senior roles and currently serves as team lead. Over this time, the team has changed, but still remains close and supportive, a big benefit of working where she does. She has been applying her expertise in physical layer algorithm development and her experience in firmware implementation to effectively lead firmware development activities on the CNRE program.

Gisèle loves looking at the big picture, and appreciates the added benefit of a small but mighty team.  She enjoys the balance between being focused on how things go together – and how it all connects – while still being able to get her hands dirty with bug fixes.